You Get What You Give

Synergies have been important for us since first sight and this is something we have pointed out many times in our articles.
So, when we were asked by Aegean Trails to co-organize the third International Trail Building Week in Thessaloniki, it was clear that our answer would be positive.

We knew, of course, that there would be plenty of difficulties…
We immediately approached the Tourism Administration of the Region of Central Macedonia and more specifically the Vice Governor of Tourism and Culture Mr. Alexander Thanos. His response was more than positive, and he directly started contacting the Forestry Office of Thessaloniki in order to secure the permission to trail build in the suburban forest, which was a basic prerequisite for the project to proceed. While the primary response of the Forestry Office seemed to be positive, the continuation showed once again that in Greece the synergies with public sector are still pending…but this is another story that we will analyze in another article.

The planning of this project had many different aspects to which we had to respond in the best possible way, but there were two basic issues we were concerned about: 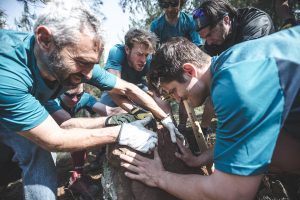 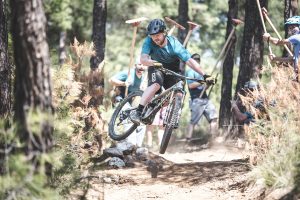 The group of trail builders – and now our friends – has been formed by people from many European, and not only, countries: Martin from the Netherlands, Andreas from Luxembourg, Orgest from Albania, Moritz from the Austrian Alps, Stephanie from Canada as well as Felix, Christian, Stefan, Bernd, Marcus, David and Maria from Germany. Multicultural crew, with a common characteristic of love for mountain bike and nature. The team was supported by Andrea and the Bike Agentur from Germany, Lars and the Islandhopping from Germany as well as the Italian Marco Tiberi from Trail Brothers, who inspired us with his commitment and know-how in the construction and maintenance of mtb trails.

All volunteers along with the local mtb community were very pleased to be in Seih Sou, the suburban forest of Thessaloniki, from 30 March to 6 April. We tried to create as much as we could within this short and limited time that the Forestry Office allowed us to spend on the forest. Nevertheless, we managed to clean up some areas of the forest, maintain some existing trails, build a new, small but extremely fun line (the Tulumba Trail) and, above all, highlight the multiple benefits of mountain biking tourism. Finally, the initial cautious attitude of the Forestry Office gave us the opportunity to demonstrate the positive attitude of mountain bikers towards the institutions and the way of thinking and behaving towards the local society through volunteering and social offerings. 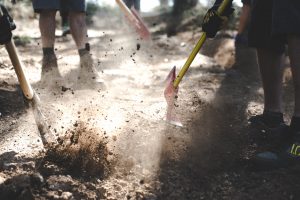 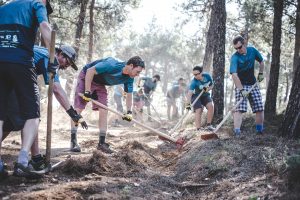 The entire week was full of digging and riding and as all mountain bikers know, this generates a lot of intense feelings. Positive ones such as joy, enthusiasm, respect, appreciation, and sometimes negative ones (due to the situation with the Forestry Office in this case) such as anger and frustration. But however, this exactly is the magic of the Trail Building Week. To multiply positive feelings and turn negatives into productivity and creativity. This has helped to change the position of the Forestry Office, to create the conditions for the institutions to understand the positive results of the Trail Building Week and to leave us a sweet aftertaste of determination to go one step further!

Moreover, the wider area of ​​Thessaloniki has all the potential, under coordinated actions and efforts, to be a truly great tourist destination for mountain bikers. The suburban forest can be an urban trail centre. Chalkidiki, already creates the conditions for the development of a network of 25 cycling and hiking trails and last but not least there is the prospect of further development of mtb trails in the mountain of Gods, Mount Olympus, which in itself is an important tourist asset for the whole region. 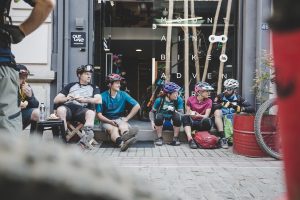 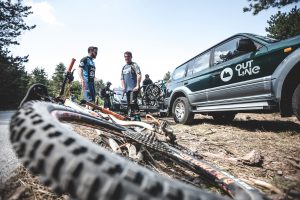 We wouldn’t have successfully completed the International Trail Building Week 2019 if we didn’t have the full support of operators, companies, but also individual initiatives. That is why we would like to thank them in particular:

-The Region of Central Macedonia and the Regional Development Fund for the full support and the adoption of the idea of development the area as a mountain bike destination.

-The Bike Agentur and more specifically Andrea Hahn for her vision of Aegean Trails.

-Islandhopping for the continued support of Aegean Trails.

-The Trail Brothers for the transmission of know-how and experience in the construction and maintenance of cycling trails.

-Pearl Izumi for the trail building gloves and t-shirts.

-Water Aura, Exereton and Daily Taste for water and snacks.

-Coffee Guru for the fresh espressos during lunch breaks.

-The mtb community of Thessaloniki and all the volunteers.

-The Action Bike Shop, as well as the Cycling Club of Oreokastro for their help and support.

-The Rise for many and various reason.

-Our friends and especially our families for their support in all levels. They do know…

See you in the next trail building sessions! 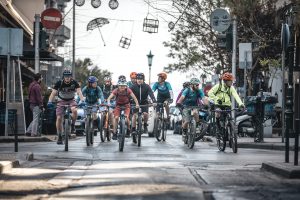 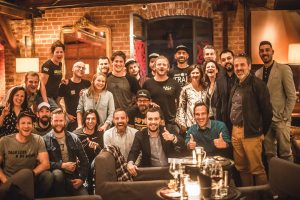 P.S. Michael, heal up soon, we are waiting for you!